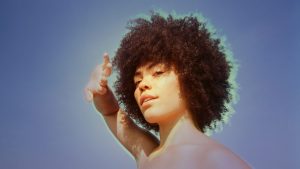 With their unique combination of EDM, jazz and rock, Moon Hooch made thousands dance at the last Open Air. This year, they will present their new album “Life on Other Plants” at Palác Akropolis, while Madison McFerrin will perform her piano, looper and vocal one-woman show on April 18th at Jazz Dock.

Madison McFerrin: When she sings, the room instantly goes quiet

Madison McFerrin was close to music ever since childhood. While her grandfather Robert McFerrin Sr. was the first black man to perform at the Metropolitan Opera, her father Bobby introduced the world to the endless possibilities of the human voice, earning 10 grammy awards for a number of songs, including his megahit “Don’t Worry Be Happy”.

The youngest of McFerrins found her place in the digitally-driven 21st century music world herself. Surprisingly, she was helped by the critical response to her interpretation of the national anthem at a Hillary Clinton campaign rally in 2016. The major backlash, including nasty comments from Snoop Dogg, drove her to record her own songs and perform her own shows.

Her original approach to using vocals, loopers and a unique a-cappella/soul mixture quickly gained acclaim – Pitchfork magazine even dedicated one of their headlines to her: “Madison McFerrin is making a cappella cool again”. Her third EP, produced by brother Taylor McFerrin, features several new instruments as well as the single “TRY” – ironically and humorously dealing with the haters, whom we can thank for getting her all the way to Prague this year.

The Guardian once described Moon Hooch’s genre as virtuoso jazz or acoustic techno – depending on what the listener prefers. The two saxophone players and a drummer were New York buskers until 10 years ago, when the NYPD banned them from performing due to public order disturbance. They then decided for a change of course and started selling out concerts around the world. They performed in TV shows along side names such as Tame Impala or James Blake. Their NPR Tiny Desk concert gained more than 3 million views on YouTube. Tiny Desk creator Bob Boilen described their set as on of his all time favourites.

Moon Hooch only exaggerate a little when describing themselves as a post-rational band – always doing things the way they truly feel, without worrying too much about success or future. Their energy-filled mix of EDM, jazz and rock is vital to their new album “Life On Other Planets”, which will be released on January 10th and presented live by the band in Prague, this April.

The Mladí ladí jazz festival would not be complete without the traditional Open Air concert on April 30th, the International Jazz Day. Tickets to the two confirmed concerts are available through the GoOut network with a special discount for all fans under 27.