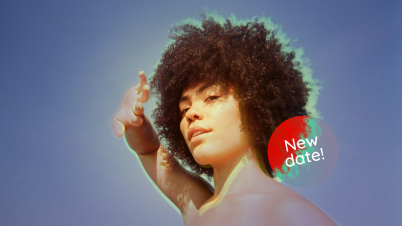 Madison McFerrin is an independent singer-songwriter from Brooklyn, New York. In December, she released her new EP “You + I”, produced by he older brother Taylor McFerrin. Their father, the legendary Bobby McFerrin, definitely has something to be proud of!

Don’t Worry, Be Happy right in her DNA

Her music could be described as soulappella (soul + a cappella), or perhaps as soul of the future. Obviously, DNA plays an important role, since Madison comes from a musical royalty.

Madison McFerrin was born in 1991 and is the daughter of singer Bobby McFerrin – 10 time Grammy award winner & author of massive hit “Don’t Worry, Be Happy”. And her grandfather Robert McFerrin Sr. was the first black man to perform at the Metropolitan Opera in New York.

Madison herself went to the most prestigious and largest jazz school in the world – the Berklee College of Music in Boston. She decided to be a singer hen she was only 5 years old. At home, she was raised on the music of Stevie Wonder, James Brown, Aretha Franklin, The Beatles, Eryka Baddu or Hiatus Kaiyote. But of course, when she was 11, her favourites included Britney Spears and ‘N Sync.

Madison’s first EP, called “Finding foundations: Vol. I” was released in December 2016. That’s when she first introduced her unique approach to a cappella and soul. Her very first solo show was sold out and The New York Times noted that she “shows wonderful vocal dexterity”.

Madison can do it alone

In the more current days, Madison McFerrin released her new fully produced EP called “You + I”. The record features her first non-a cappella songs and was produced in cooperation with her brother, DJ and beatboxer Taylor McFerrin.

It was an important personal and artistic experience for her. “I’m really looking forward to becoming my true artist self. I’m definitely getting closer and closer every day. The beautiful thing about being an artist is you can always change,” says Madison McFerrin.

Madison McFerrin concerts are fresh take on one-woman shows. On stage, she operates with only her voice, a piano and a looper. She is therefore her own vocalist, her own singer and instrumentalist.

The very fist single off the new EP was titled “TRY” – a reaction to widespread criticism and negative comments on her interpretation of the national anthem at a 2016 Hillary Clinton campaign rally. The backlash of her performance included comments from Snoop Dogg, which were even featured in the music video for the single. Watch it below.

It was this very experience that pushed Madison McFerrin to record her first solo records and book her first performances. All we can say is that her music has proved all her critics wrong, and not only them. See what the buzz is about on April 18th at Jazz Doc.

Singer Kristina Mihalova and guitarist Jakub Sedivy belong to the up & coming generation of talented Slovakian musicians. Whoever may have seen them live must surely know that a bright future awaits both of them.

Recently, they have based themselves in the Slovakian capital Bratislava, where they create intimate music for large stages. At the end of 2019, they celebrated two career milestones in just a few days – first, they won the young talent competition at the Bratislava Jazz Days, then they were selected to support one of the biggest jazz stars on earth, Dianne Reeves. Previously, they performed alongside names such as Stanley Clarke or Candy Dulfer.